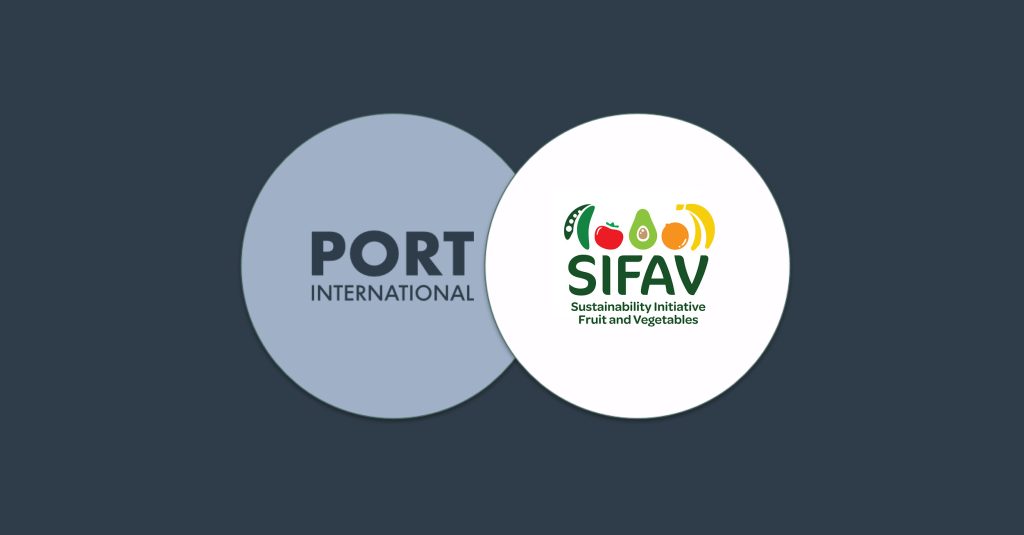 Since the first quarter of 2022, the direct importer of fresh fruit and vegetables Port International is now an official member of SIFAV (Sustainability Initiative Fruit and Vegetables). The initiative’s purpose consists in actively contributing to a more sustainable supply chain for fresh fruit and vegetables regarding its economical, ecological, and social aspects. The focus […]

Port International starts the year with a new look & feel 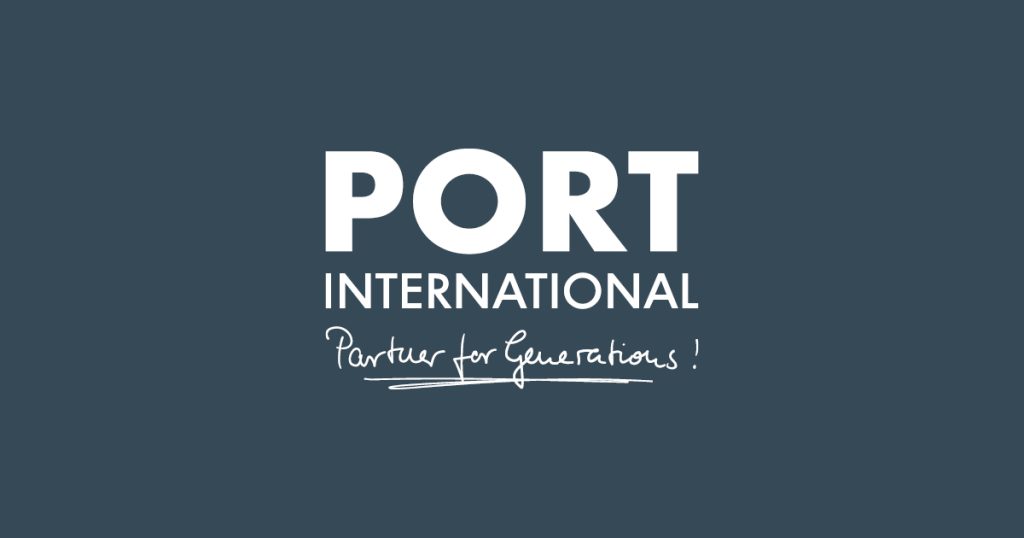 Starting this week, the direct importer of fresh fruit and vegetables Port International presents its revised corporate design. This includes the logo as well as the colours of the group of companies and all its subsidiaries (European Sourcing, Bananas, Organics, Fruit and Dutch Growers). As part of the design relaunch, the company’s website also shines […] 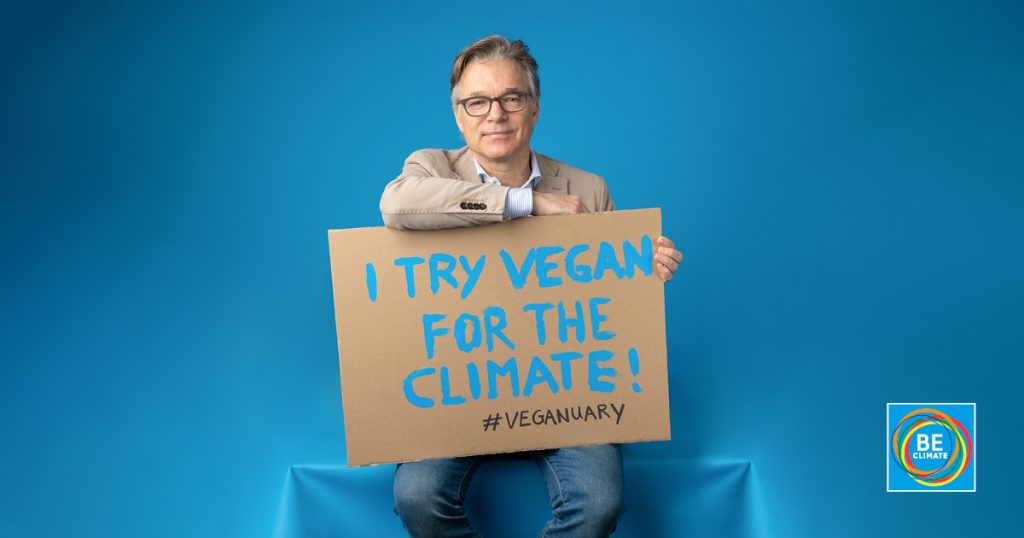 For the second time in a row, BE CLIMATE is supporting Veganuary. The brand for climate-neutral fruit and vegetables motivates people to try a vegan diet and by doing so, experience the many positive effects on our bodies and the environment. Once again this year, well-known companies such as Edeka, Ikea and Burger King take […] 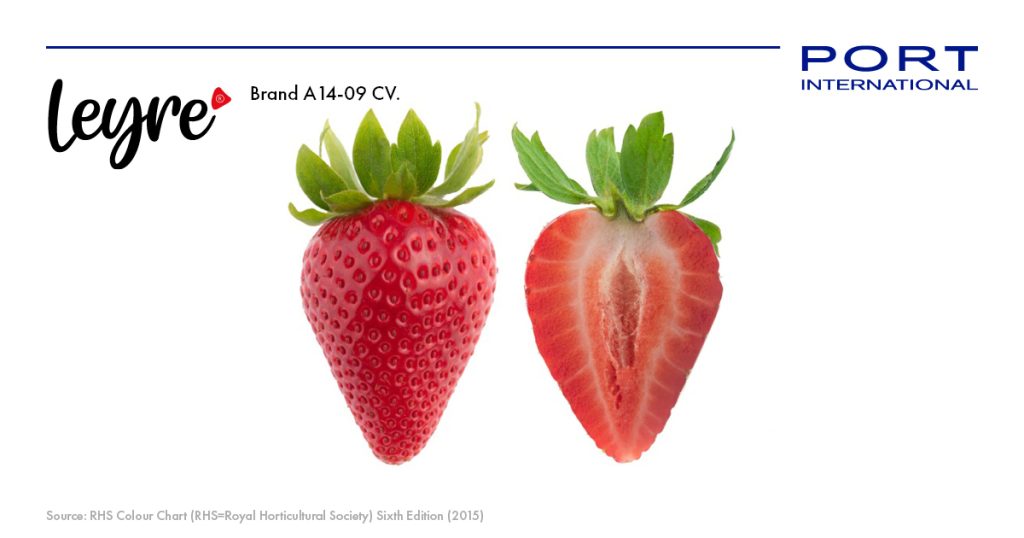 From the end of November, Port International will be selling strawberries of the LEYRE® variety, thus expanding its premium range in the berry segment. Port International imports the aromatic fruit with special characteristics exclusively for the DACH region from Greece and, as of February, also from Spain (Huelva). The variety impresses with its exquisite taste […] 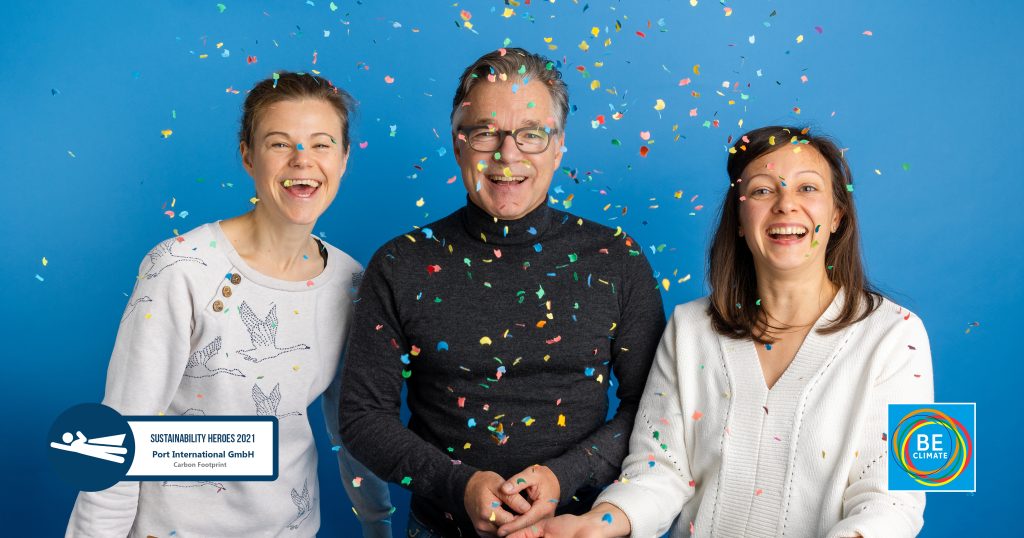 Last week, the winners of the Sustainability Heroes Awards 2021 were declared at a digital conference organised by DQS CFS (German Association for Sustainability) and DGQ (German Association for Quality). Port International GmbH triumphed in the category “Carbon Footprint”, holding its ground against several notable companies. The award, created in 2015 and presented annually, honours […]

Meet the super banana and act for the climate and social justice! 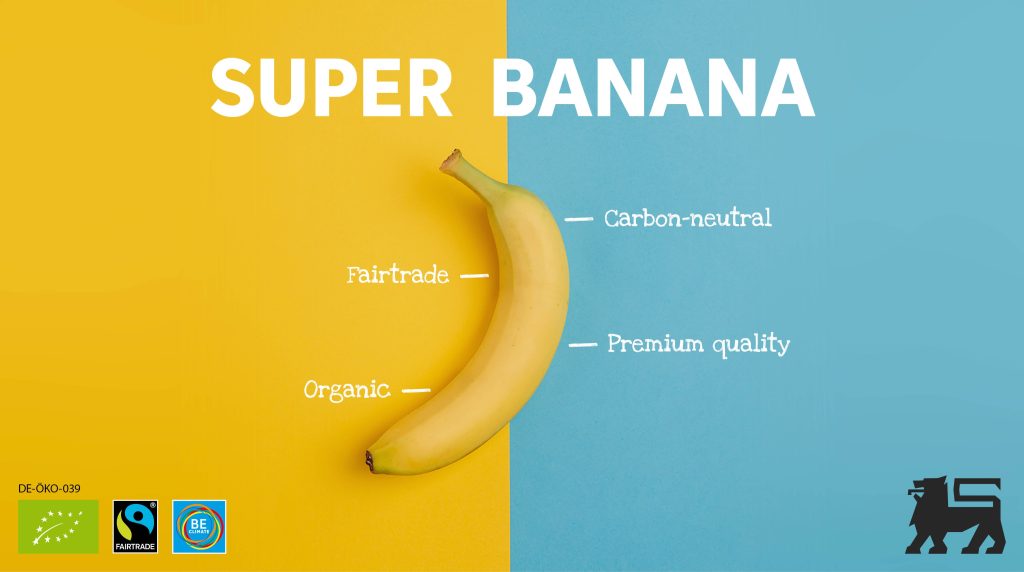 Great news in Belgium this week as consumers will now be able to buy a “super banana”. This special banana is not only good for producers, but also for the environment and the climate! Indeed, Port International is launching the first ever Fairtrade and organic banana in Belgium that is also carbon neutral. This new […] 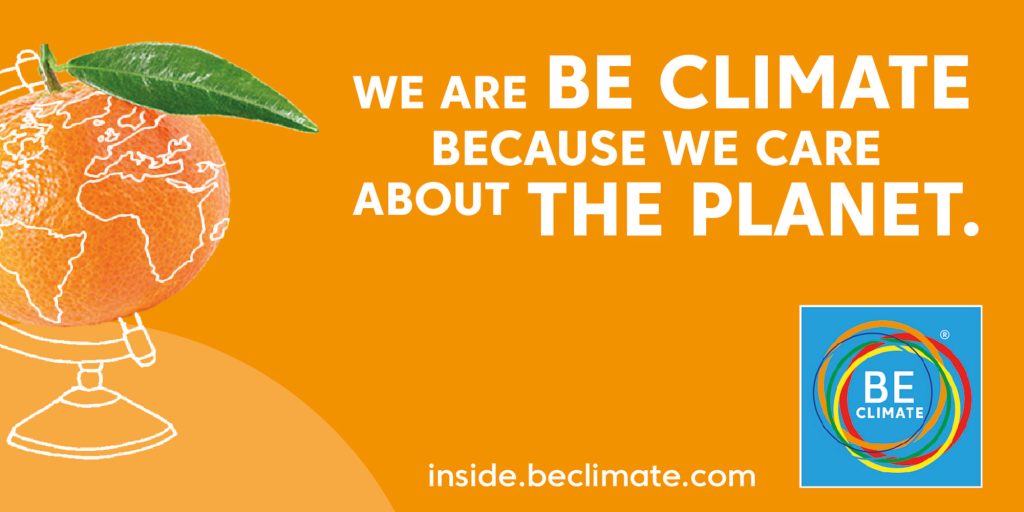 It’s not only the compensation, but above all the reduction of CO2 emissions that will make the decisive difference in the long term. This is why BE CLIMATE commits itself to reducing emissions caused along the entire supply chain. “We motivate our partners to analyse their processes and tap their full potential for reduction. Many […] 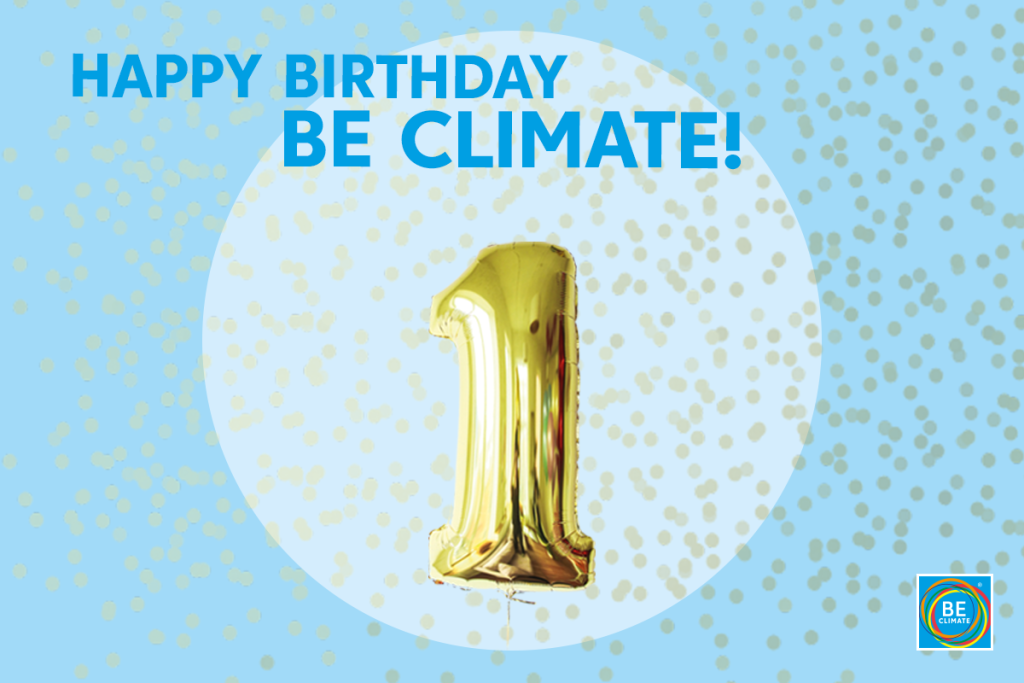 Less emissions, more health for the climate! This is the motto of BE CLIMATE, the first climate neutral brand for fresh fruit and vegetables developed by fruit importer Port International from Hamburg. On 22nd October of last year, BE CLIMATE was launched to the industry during Fruit Attraction. Today, it can look back on its […]

The climate neutral future is in our hands – now more than ever! 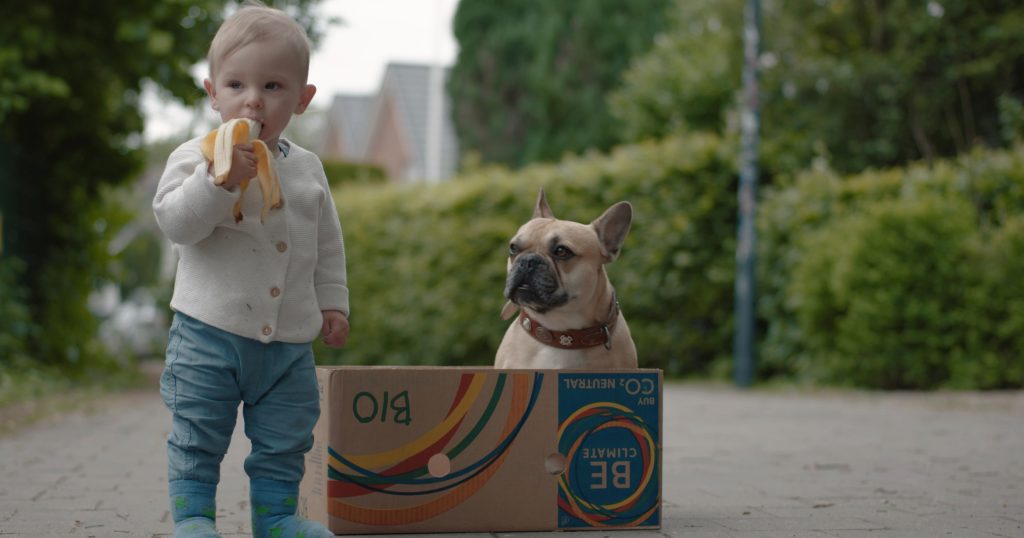 Despite Corona, Port International’s approach to the future remains sustainable and climate neutral. The current situation is complex and, in addition to the well-known corona rules, has presented us all with new challenges such as increased logistics costs and various restrictions, bottlenecks, and delays along the supply chain. At Port International, however, we do our […] 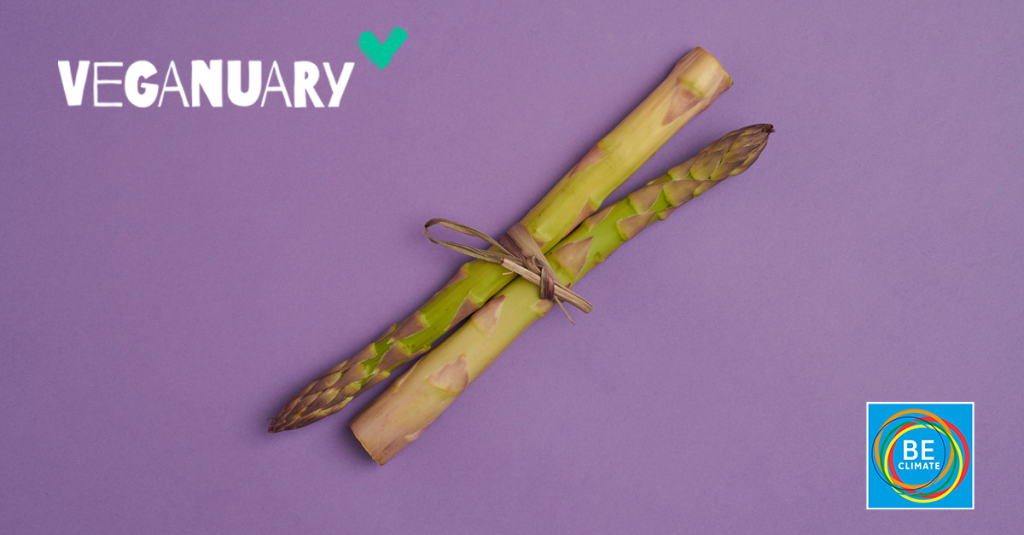 New year, new opportunities: By supporting Veganuary, BE CLIMATE sends out another signal for climate protection and draws the public’s attention to the advantages of a vegan lifestyle. Well-known companies such as Aldi, Lidl, Dr. Oetker, Frosta and Rossmann also participate in Veganuary and, at the beginning of the new year, initiate all kinds of […]

To improve readability, CO2 on this website always refers to CO2e (= CO2 equivalents)

We look forward to receiving your application!

Thank you for
your application!